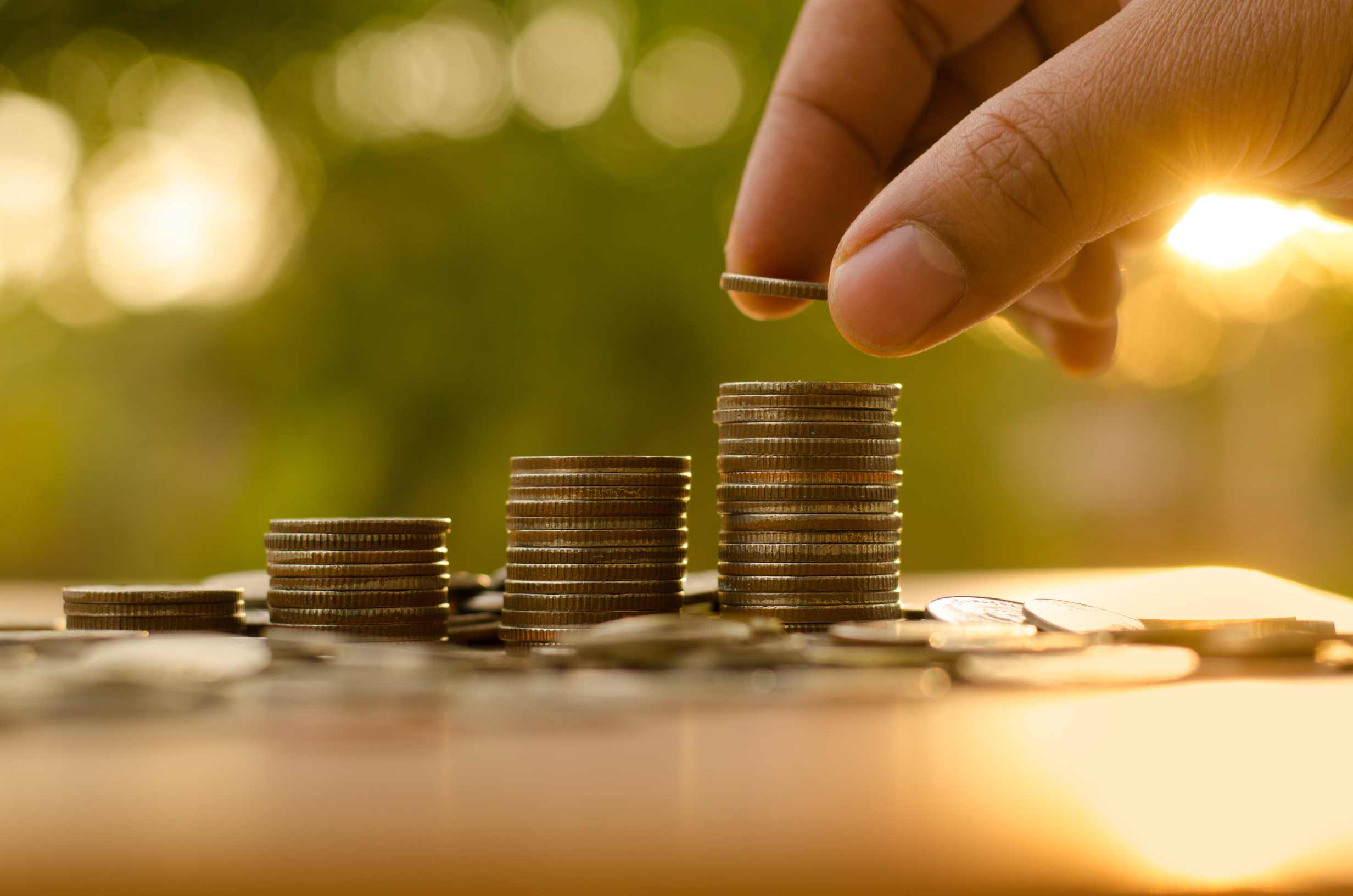 Against the backdrop of a regional liquidity crunch, local venture capitalists are looking to raise even larger funds. Given the growth in tech companies, can investors afford to miss out?

If Masayoshi Son is to be believed, in just 45 minutes the Japanese super-investor managed to convince Saudi Arabia’s Crown Prince Mohammed Bin Salman to invest $45 billion in his $100 billion SoftBank Vision Fund. That amounts to $1 billion per minute—and Bin Salman recently said he was ready to double down on the Public Investment Fund’s (PIF’s) investment, adding another $45 billion to Son’s next fund.

If only local venture capitalists could be so lucky. For most, raising funds from local investors is a slow and arduous process. And the total investment in tech companies in the MENA region likely less than $1 billion in 2017, says Hasan Heider, the Bahrain-based partner of 500 Startups.

He concedes it’s frustrating to see mega deals like this involving international companies—the PIF also paid $3.5 billion for a stake in Uber in 2016, and this year invested $2 billion in Tesla. “We understand—it happens. But we would prefer if some of that money could stay in the region and be invested in startups,” he says.

Still, that governments and their wealth funds are recognizing tech companies as a smart financial bet is no small matter, and more institutional investment is expected to flow into the sector. And apart from investing, governments across the region have come to view the tech sector as a way to increase economic diversification, empower youth and create efficiencies in their economies, says Philip Bahoshy, the founder of MAGNiTT, a startup platform that tracks regional funding deals and other industry trends. “This has led to extremely positive changes at a policy level, and at an infrastructure level, to encourage the growth of the ICT and the tech sector,” says Bahoshy. Data from MAGNiTT shows steady growth in the number of funding deals across 2015, 2016 and 2017.

As well as new VC funds setting up shop, traditional corporates are also playing a larger role—not only by startups through their VC arms, but also by expanding collaboration between the startups and corporations and government entities, says Tariq Syed, a senior consultant for Innovation 360 in Dubai. And with corporations giving startups access to their customer bases, that is accelerating business development for many.

Syed is also seeing increased participation by traditional GCC investors, such as family offices, though mainly in areas where the risk—and the returns—are low. “They are getting close to where private equity might play, at a very filtered down stage,” he says. With many fortunes in the GCC made via investments in traditional sectors such as real estate, retail and industries, many investors have been cautious about jumping on the tech bandwagon. However, with a slowdown in many traditional investment classes, and with success stories such as Souq, Careem and Fetchr, family offices and individuals are seeing tech as an opportunity that they need to invest in at a much earlier stage, believes Bahoshy.

Still, for all the progress made, access to capital remains the number one problem confronting startups in the region. “There is no-where near enough supply of capital to match the demand of startups looking for investment, and that creates a difficult tension between investors and startups,” says Bahoshy.

There have been some bumps in the road this year—most notable being the cloud cast over the GCC’s funding scene by the collapse of Abraaj Group. Its CEO, Arif Naqvi, was a significant cheerleader for regional tech, while the Abraaj Group had invested into startups, directly and as an LP.

But some in the industry are able to see a silver lining. Because of the collapse, startups are no longer focused solely on raising money says Syed. “Startups are now doing more due diligence, looking for transparency, and asking a lot more questions on how the deal is run internally,” he says.

“But our track record since 2010 proves that we have followed best practices since day one and our reputation remains impeccable,” says Hanna. “I would suspect that international LPs would be more sensitive to the Abraaj collapse than regional LPs who truly understand the specificities of wrongdoings within Abraaj’s leadership.”

Three of the region’s largest and oldest VC funds—MEVP, BECO Capital and Wamda Capital—are all currently fund-raising, with their new funds expected to be their largest yet. That makes sense given the cycle of startups in MENA –according to a recent analysis by MAGNiTT, 65% of the top 100 funded startups in MENA were founded between 2012 and 2016, meaning that many are now looking for larger ticket Series B and Series C funding deals.

Last year, MEVP’s new fund received a significant investment from Mohamed Alabbar, the chairman of Emaar, who also took a minority stake in MEVP. The VC is now about to close an additional $50 million from several regional institutional investors and family offices, says Hanna. “The goal is to include another $50 million to $100 million before year end, mainly from two regional SWFs, and close the fund at more than $200 million in commitments,” he says.

MEVP’s first fund generated 4.5x returns says Hanna, while its second fund is only three years old and has 2x returns, though as it matures he expects it to generate a higher return than the first. Meanwhile he believes their third fund will generate even higher returns given the expanding ecosystem–higher internet penetration, smart phone growth, steady increases in e-commerce and e-payments, and the “vintage years” of the startups are all factors. “We are very positive about the asset class,” says Hanna.

But fund-raising has been slower than expected: the crackdown on corruption in Saudi Arabia last November drained a lot of liquidity from the market, while the slowdown in spending in the kingdom has also made the private sector increasingly cautious, says Hanna, while geopolitical tensions aren’t helping either. Investing in a VC fund requires strong nerves at a time when there is a liquidity crunch in the region, given that the investment is illiquid, with a potentially long wait for returns. “All of this has contributed to a not-so-ideal ecosystem to fundraise in,” says Hanna. “Today, if you are raising your first fund and you don’t have any track record, it’s very tough conditions.”

500 Startups is also raising for a new fund. Heider says that new funds, including the $100 million Al Waha Venture Capital Fund of Funds launched by the Bahrain Development Bank, as well as increased presence of institutional investors, is helping. “There’s a lot more attention now, and people are listening to us. It’s not easy, but it’s easier than it was when we first got started,” says Heider.

Looking For An Exit

Against that backdrop, the industry could do with some good news. For all of the region’s successes, the old criticism of ‘not enough exits’ is still leveled. Souq’s acquisition by Amazon was impressive, but it sold for well under $1 billion, missing the mark of becoming MENA’s first unicorn.

That accolade may fall to Careem, which has reportedly been in discussions with Uber since July about a possible acquisition. Uber wants to acquire Careem outright, valuing the company at between $1.5 billion to $2 billion, it has been reported.

The sale of Careem would be a significant boost for the regional VC industry, says Ali Al-Salim, co-founder of Arkan Partners, an alternative investments consultancy in Kuwait. Significantly it would allow a number of key regional VCs, including STC, BECO, Wamda and Arzan to collect their carried interest, providing them capital to pay their teams and grow their firms, as well as returning capital and profits to their investors, says Al-Salim.

Nevertheless, recently Magnus Olsson, one of Careem’s co-founders, seemed to quash reports they are considering selling the company. That may not be a bad thing for the ecosystem either, with Careem having begun investing into other startups, including online restaurant listing platform RoundMenu. “Having companies make types of acquisitions makes sense, because they understand the startup mindset so it’s very easy for them to integrate their acquisitions,” says Innovation360’s Syed. “This is a new source of acquisition and funding that has started to happen.”