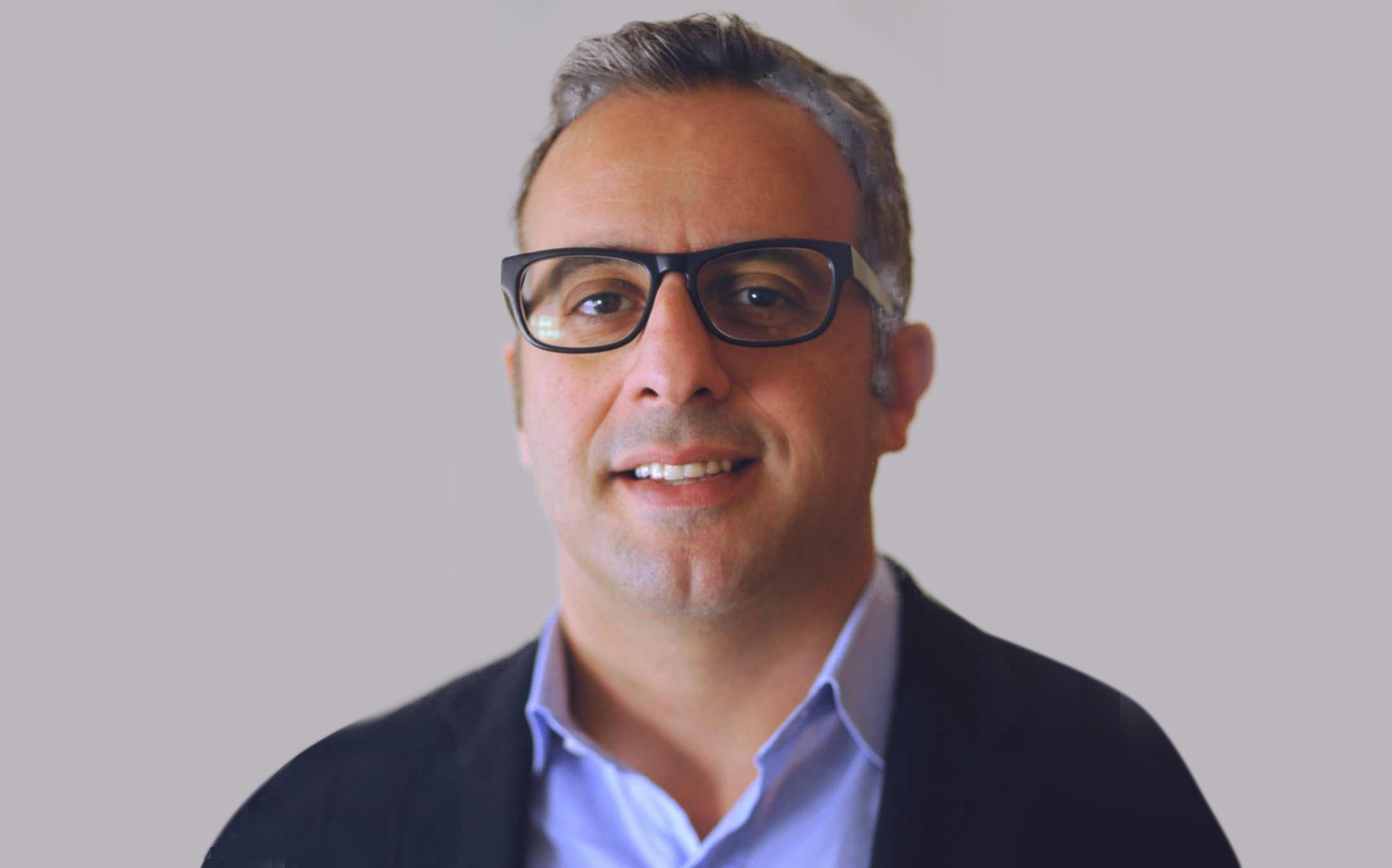 Rabih Nassar, Founder and CEO of  IoT application platform Scriptr, is showing businesses how to apply the latest technology to their real-life business models.

"I’m sure you’ve heard a lot about the Internet of Things and the fourth industrial revolution changing everything?” asks Rabih Nassar, Lebanese founder of IoT application platform, Scriptr. Well, yes. “Everything you’ve heard is true,” he laughs.

What we’re hearing about the Internet of Things (IoT) is nothing short of revolutionary. It’s going to change our lives; it’s going to give machines the power to talk to the enterprise; it’s going to make businesses safer, more efficient, more profitable. Can we explain how it is going to do this and how we can plug into it? That’s the stumbling block.

Scriptr—which announced the closing of the second and final tranche of a $5 million series A funding round in March 2017, just two years after its launch—exists to guide businesses through the complex process of interoperability: figuring out which devices to connect to what software. “The Internet of Things isn’t like you buy a computer, you install Microsoft Office and you get the benefit,” explains Nassar. “There are so many moving parts, someone has to create a technology that connects all that together. That’s where we come in.”

Scriptr essentially creates the connections and applications that make IoT data a useful reality for businesses. Today it has a network of around 15 global distributors. Deciding early on to work with partners rather than going after direct sales, Nassar approached large multi-billion-dollar companies with a portfolio in IoT, whether that be selling or making hardware, software or digital solutions, whereby Scriptr could add value. The partners go on to resell the technology, or to embed Scriptr’s technology into their product for a recurring fee. Through this relationship Scriptr may actually be supporting the lives of thousands of customers.

According to Nassar, there are two main barriers standing in the way of IoT: “First, overcoming the psychology of fear from security breaches, of deploying a load of devices everywhere, and second the complexity of having to figure out which devices to connect to which hardware, software, to what Telcos, to what connectivity. And then once you get the data where’s the application? How can my end user interact with that? How can it make me add more value to my business?”

To give an example of how IoT could change business models, imagine that a washing machine manufacturer installs a sensor that could tell them the state of the engine, if the water’s flowing, if there’s anything stuck in the pipes. It could even predict when the machine is going to break and help understand how to create a better design next time. With the right application, the manufacturer could use that data to redesign their business model. By knowing how it’s being used and predicting patterns, why not stop selling washing machines and instead sell a subscription? Rather than paying $500 for a new machine, your customer pays $50 for a rental, or every time they hit spin $5 is taken from their credit card. The sensor tells you when it’s time for a service.

“Figuring out all these applications is a big challenge and this is something we’re doing,” says Nassar. “We can become profitable anytime. If today we say we want to stop growing, no more spending money on marketing, on business expansion, R&D, we’re happy with where we are, then we’re profitable. We’re not profitable by design because we want to grow.” Currently looking for a series B growth funding round to begin next year, it shouldn’t be hard to find.

This success is born of experience. Nassar is not new to the startup world—Scriptr is the sixth that he’s launched. Having grown up and started out in post-war Lebanon, many years before there was any venture capital available, this is quite an achievement.

Nassar graduated from St. Joseph University, Beirut, with a Bachelor of Sciences in Telecommunications in 1992. Deciding to
continue with his studies, that same year he started a Bachelors of Engineering, also at USJ. It was while there—aged 21 and still a student—that Nassar joined forces with two partners to establish his first venture. “We all liked technology and we thought we could do something useful that create value,” he remembers.

In 1992, Lebanon was first beginning to recover and rebuild after an 18-year civil war. Nassar figured that it was the right time to start creating technology. With no entrepreneurial ecosystem in place at that time, there was no funding or coaching available—Nassar and his partners set out on their own, to design industrial control products.

“My basic naïve idea was, we’re in post-war and the difference between old machinery and new machinery is automation—I can create that automation, as simple as that,” says Nassar. The reality proved different. Once out in the market they realized that although they were offering automation, their consumers were demanding software. Gradually, they formed enterprise software company, DigiSys.

The partners set the company up with less than $10,000 and an apartment that they were given for free for a year. Nassar spent seven years building DigiSys—the company still exists today, 26 years later. At the time, Nassar became frustrated at their inability to scale. “The market was small and our experience was small. I felt that whatever we were doing was getting very sterile."

Ready to stretch his legs, he left and spent nearly a year working in business development before moving to Brazil to set up his next venture, co-founding Latin American internet service provider, Super11.Net, with a friend and his partners. In less than a year they built up a customer base of nearly three million, becoming the second largest ISP in Latin America, according to Nassar. Then, at the end of 2000, the internet bubble burst. Having already spent around $30 million on the business and struggling to find enthusiastic investors, Nassar and his partners decided to exit, selling most of their assets to their biggest competitor.

Deciding it was not the right time to start up something new, Nassar went to the industry, securing a position in Paris as director of pre-sales for Europe with enterprise internet software provider, BroadVision. Despite being an S&P 500 company, after a year even BroadVision began downsizing. As one of the last in, Nassar was one of the first out.

His work had, however, not gone unnoticed. Not wanting to completely lose his skillset, BroadVision asked if he would consider setting up a small team and taking on projects on a freelance or contractual basis. He agreed, and set up startup number three: ElementN—this time based in Milan and bootstrapping with his own personal money.

The company’s early years were spent working on large BroadVision-related projects in Europe and in the Middle East. In 2002, Nassar decide it was time to head home and based ElementN in Beirut to be joined by Marc Salem his co-founder, with easy access to key markets, France, Italy and beyond, as well as Saudi Arabia and the Gulf.

From 2003, business took off, and the company began creating internet enterprise applications for other companies, many of whom had web assets with BroadVision. “The average deal size was several million dollars—some of the deals I worked on were $50 million plus, in terms of software and services,” remembers Nassar. “There were a lot of gaps in the software that it didn’t address and it was very expensive. I thought if I can come up with a simpler, easier, more cost-efficient platform that does the same and is compatible somehow with the existing implementations, there’s business to be done.” The theory proved right, and for the next six years ElementN grew.

At the same time, in 2006, Nassar once again packed his bags and moved to New York to join venture number four, as  the founding SVP of Engineering of B2B video on-demand streaming service, Vidavee. The platform enabled organizations to publish video content with closed copyrights that subscribers needed to login to see, allowing them to collect advertising revenue. Customers included big names such as MTV, NewsCorp and the Huffington Post. In 2008, the founders sold Vidavee to Texas-based content-management company—and BroadVison competitor—Vignette.

In 2009, Nassar launched his fifth startup, Apstrata, again without the help of venture capital. “We pioneered what was called backend as a service—we were the first ones,” he says. Unfortunately, the company launched just as the global financial crisis hit.

“What the crisis meant for us was all the enterprise projects that we were getting either dried up or shrunk by 80%. Add to that, a lot of customers stopped paying. Some of that went up in the air, disappeared, we never got it back.” Nassar explains. “Whatever we could stop we stopped, just to be able to preserve the company.” Against the odds, Apsrata and ElementN managed to survive.

Around the same time came the dawn of venture capital in Lebanon, with the launch of Berytech Fund in 2008, MEVP in 2010 and the government’s $400 million stimulus package, Circular 331, in 2013. Nassar secured seed rounds from Berytech in 2011 and MEVP in 2013, followed by a series A round with MEVP as lead and funds from Berrytech, IM Capital and Endeavor Catalyst of San Francisco. The first and largest tranche closed in December 2015, with the second closing in early 2017.

By 2015, the backend as a service market that Apstrata had pioneered had moved on and Nassar turned his attention to the advent of IoT. Using his network and leveraging deals with new customers he decided to pivot the company. Although Apstrata still exists, Nassar launched Scriptr alongside it in March 2015 with a new brand, new website and new features.

Next on the cards for Scriptr is a series B round, currently planned for mid-2019 or earlier. In the meantime, Nassar is focused on helping herald in a new era.

“We’re all learning,” he admits. “But it’s moving fast and there’s amazing potential because of that.”